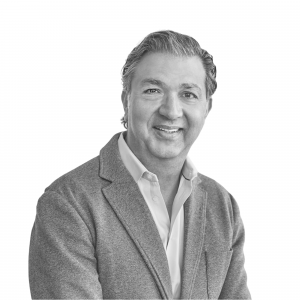 Sotiris Pagdadis, Ph.D. is a strategist, problem solver and entrepreneurial investor. He has an extensive track record in establishing public-private partnerships and supporting private technology ventures over the last 30 years. He is president of Keiretsu Forum Midwest, and Lambousa Enterprises. Amongst his technologic activities, Dr. Pagdadis is actively engaged in the creation of Smart Cities, working to create intelligent urban transportation networks, reframing energy use with the implementation of alternative energy, and implementing digital technologies that transform city services.  He previously served as a Principal at PwC in a variety of global and national roles, and Managing Director at the law firm of MLA, focusing on procurement advocacy, governmental affairs, and Public-Private Partnerships. Earlier he was Global Vice President of Public Sector Strategy at CA Technologies, Inc. He began his career as a university professor at the Polytechnic Institute of NYU, where he created his first technology innovation lab.

His global portfolio includes work in the USA and Canada, France, Spain, Portugal, Italy, Greece, Cyprus, the Netherlands, Germany, Poland, China, Hong Kong, Singapore, Malaysia, India, Brazil, Argentina, Mexico, Colombia, the UAE, South Africa, Uganda and Ghana and Zimbabwe.
He was trained in aerospace engineering, applied mechanics, and project economics. He received his Ph.D. from The University of Texas at Austin, sponsored by the National Science Foundation, where he conducted research in project benchmarking of complex projects. He went on to become a professor at the Polytechnic Institute of NYU, followed by advisory roles at Columbia University, NJIT, Baruch and Temple University. He also served as advisor to the Diebold Institute for Public Policy and the Renee Dubos Centre for Human Environments. He was the founder of ECOSFUND, an NGO providing support to grass roots organizations throughout Sub-Saharan Africa. He was awarded The Order of Alec for outstanding leadership from The University of Texas at Austin in 1984.